Broken Memories (In The Shadow Of The Wolf Book 2)


His memory may well be harsher in its judgement of my own actions leading up to my escape from home — from my childhood — on what became an enormously important day for me. Or maybe he would have forgotten it entirely, as a day that carried absolutely no weight at all. But for me, the memory is so strong that at critical times in my life, I dream it. And in my dreams animals carry it, which makes it stronger, somehow. While I'm unpacking the memory, I dream of a dog and a wolf. The story I'm writing takes the form of a dog that runs close alongside a flimsy barbed wire fence that separates me and it from the time and place of its origin.

On the other side of the fence, in the dark forest I escaped from, runs the grey wolf of real memory; red-eyed, ferocious, still carrying the whiff of childhood terror. On my side of the fence, where the world is light and open and I am free, my grey dog lopes. This grey dog of wolfish ancestry is friendlier, tame, in my service, though still inclined to run free of its own will.

The dog is based on a template of the wolf. These two are not in conflict. They are two shapes of the same thing, each running on its own side of the barbed wire fence, each eyeing the other as they lope along. The wolf is kept in check as it matches its stride to the dog.

The dog is exuberant and fierce and brave, perhaps because it draws something from its wild companion. They are brothers, each alive because of the other. A memory such as this is full of meaning. There are deep, significant aspects to it and the dream world is a good place to find them.

A fence, a forest, a dog and a wolf. They'd all be at home in any writer's reference book of symbols. As I unpack this memory of leaving home, with the fear of death at my shoulder, giving wings to my feet, I gain an insight, suddenly, into what is happening here. I don't know how I missed it before.

It shouldn't be a revelation because I've read it in textbooks and learned it in writing classes. Simply put, the writing starts with the first 'dump' of raw material — a very personal process — and from there, I can create something new, something suitable for public consumption arising from a history too raw for me to share. We accept, don't we, that writing carries a weight, just as the past carries a weight. When you draw on the past to inform your writing, the pen can get awfully heavy in the hand; weighed down by a sense of responsibility to a true history, to the people who were in it with you and to the pieces you carry around with you as points of reference.

Is that responsibility real? How far does it extend? My novel-in-progress is not historical fiction, or even creative non-fiction. It is fiction; made-up people in a made-up situation. Yet I'm drawing on what I know; I can't deny that I place my characters in situations I have been in, writing to make sense of things that happened to me. And yes, I recognise bits of the story as being close to stuff that really happened. They are closest in the first draft, when I'm not writing for anybody other than me.

Then I tweak, consolidate, amalgamate, concatenate, and split. Other readers become possible only after a few revisions and drafts. The whole process, from initial dump to final draft, becomes a way to make sense of memories that haunt me and always have. I've tried to resist, thinking that tapping into my own experience is kind of a cop-out.

The writer girl praised for her imagination when she was in primary school has grown into a writer woman who creates fiction out of memories, feelings, overheard conversations and the flavours of personal experiences. I am not the only one who does this. Many have been criticised for it. W Somerset Maugham is a writer whose work I loved as a young woman — until I discovered that he had drawn so closely on his observations of real people in his life that he destroyed friendships, leaving the debris of real human relationships strewn behind him while he exposed them in his books.

I didn't want to do that. But still I write from memory, tempered with respect and as much empathy as I can muster.

After the first draft, where anything goes, I ask myself, 'What would it feel like if I were person X and I were reading this? Writing what I know can be heavy because it makes me revisit what I know, and how I came to know it. When I'm being honest, I have to reassess my subjectively-refined memories with some rigour. I put characters in positions I've been in and 'see what they do', allowing them to pursue paths I couldn't have seen, or simply did not choose. I'm twenty-nine years older now than the Miriam who left home carrying a stick in February I'm thirty-one years older than the Isobel who leaves home in the novel.

If it were me there now, with what I know, everything would have been different. So I put my character Isobel in a similar position and give her the tools to stuff it up in her own unique ways. She does.

Isobel and I find ourselves in similar situations, at a similar age. But honestly, her story is not my story. I draw on what I know, but I push the boundaries. Isobel is not me, her father is not my father, her brother is not my brother, her mother is not my mother and her cat is not the same as mine. What I've done by creating her is breathe life into an alternative 'me' who can help make sense of what happened, and what I did about it.

Adding a new species to the eclectic mix of American society opens up a whole different world. Rob Tarrant is a cop and has just passed his thirtieth birthday. When he meets a young man named Jamie at a club, he embarks on the hottest one-night stand of his life. He finds out that young man is a wolf shifter, and his world is turned upside down.

When a case involving kidnappings of young werewolves lands on Rob's desk, the ugly specter of the werewolf sex trade is brought front and center. With Jamie seemingly at the heart of it all, can Rob keep his young lover alive? Broken Memories Sam Harrison remembers nothing of his former life. All he knows is that he has nightmares that won't leave him alone and an irrational fear of shifting from human to wolf. 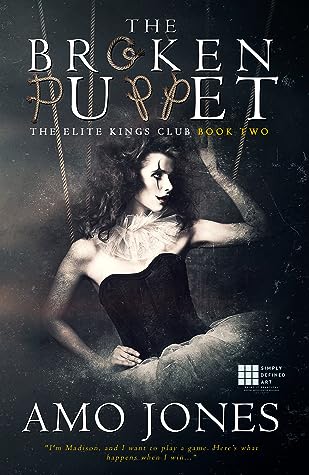 Still, Sam needs looking after and Doug thinks he is the one that should be doing the looking. Please note. This is a new release of the version originally published by Silver Publishing.